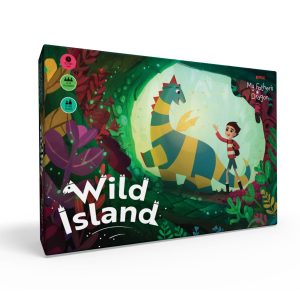 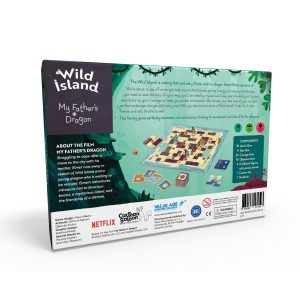 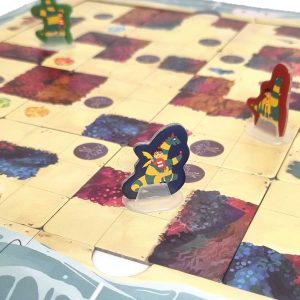 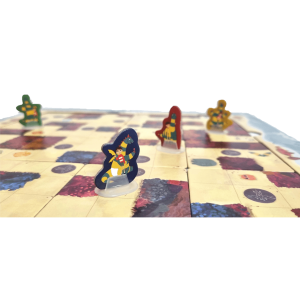 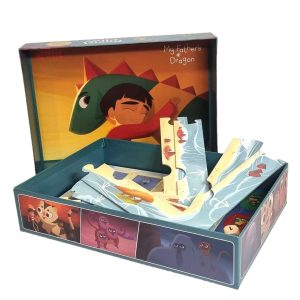 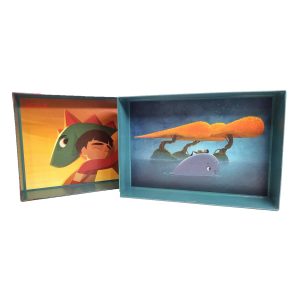 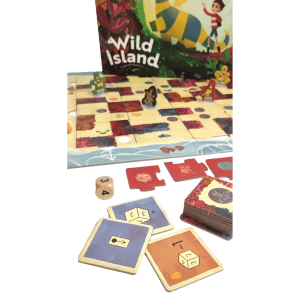 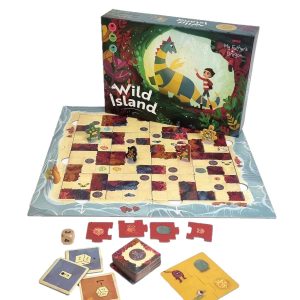 An original board game for 2-4 players with beautiful illustrations and a playing theme from the Netflix film My Father’s Dragon.

Wild Island – My Father’s Dragon is a family board game based on the film My Father’s Dragon. Each player represents a team of boy Elmer and dragon Boris. The island on which they find themselves is sinking, shaking, and changing shape all the time. But there is still time to save the island by smartly moving around the island visiting different animals and finding the right energy source.The first one to do so is the winner of the game.

The island consists of 16 tiles, randomly placed in a 4×4 grid. Each tile has nine spaces with trees and paths. Players move around the island by rolling a special die trying to reach their objectives. From the second round, the island starts to shake intensely and the tiles are shifted and moved by the players. There are multiple icons that can help players reach their objectives faster: Elmer and dragon Boris can go into the caves and come out in any other cave on the island, fly icons allow dragon Boris to fly to any other adjacent tile, and courage icons represent their bravery when trying to save the island. With them, they get courage tiles to be even more flexible when moving around and shaking the island. Some of them have to be used immediately and some can be saved in Elmer’s backpack and used in one of the later turns.

The objective tiles each player has, are in the shape of jigsaw puzzle pieces. When the player visits their objective, they are turned around and when all four objectives are reached the image of a saved island is assembled as a small jigsaw puzzle.

ABOUT THE FILM MY FATHER’S DRAGON

The story: Struggling to cope after a move to the city with his mother, Elmer runs away in search of Wild Island and a young dragon who waits to be rescued. Elmer’s adventures introduce him to ferocious beasts, a mysterious island and the friendship of a lifetime. 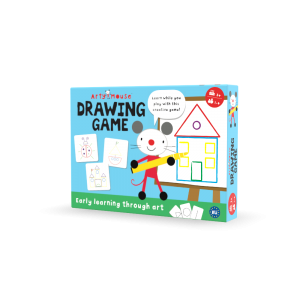 Arty Mouse Drawing Game is an early learning through art game that teaches children about colours and shapes while also developing their artistic talents in fun and exciting ways! 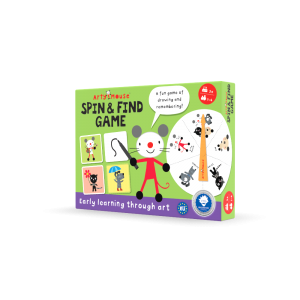 Turn the concept of memorisation into amazing fun. Meet Arty Mouse and his Friends, and try to remember excatly where they are at the right time. Use your own markings, shapes and doodles to enhance your memory and score points in the process. 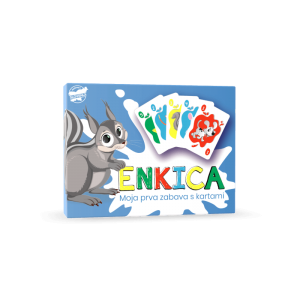 Classic Mau Mau is a popular card game worldwide. Redesigned by Value Add Games, Enkica (Mini Mau) is ideal for young children. Available only in Slovene language at the moment! The product can be localized. Please contact us: sales@valueaddgames.eu 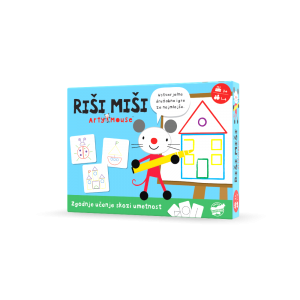 RIŠI MIŠI is an early learning through art game that teaches children about colours and shapes while also developing their artistic talents in fun and exciting ways! 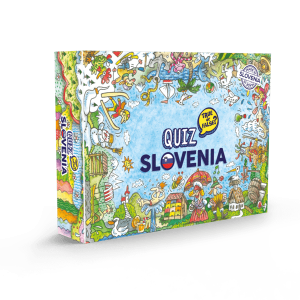 Use your knowledge, tactics and some luck in this original, quick and fun trivia game about Slovenia for two players! 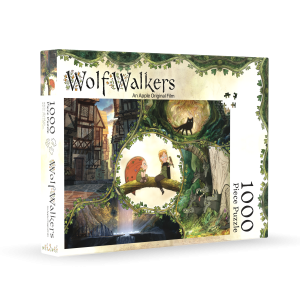 A wonderful collage of scenes from the film WolfWalkers. 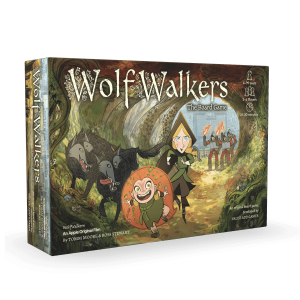 WolfWalkers – The Board Game

An original family board game with cooperative and competitive modes based on the film Wolfwalkers. 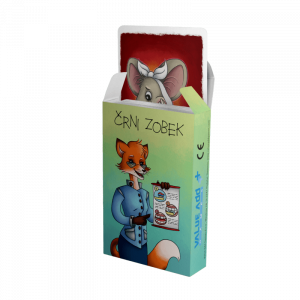 The set of cards is aimed at raising awareness of the importance of  healthy teeth for children. The product is educational and intended for schools, dentists, and  preventive health care institutions. Available only in Slovene language at the moment! The product can be localized. Please contact us: sales@valueaddgames.eu

Shop.valueaddgames.com uses cookies that do not store personal information for site functionality. Some cookies may have been installed in accordance with the law. By continuing to visit the site you agree to use them. Learn more about cookies